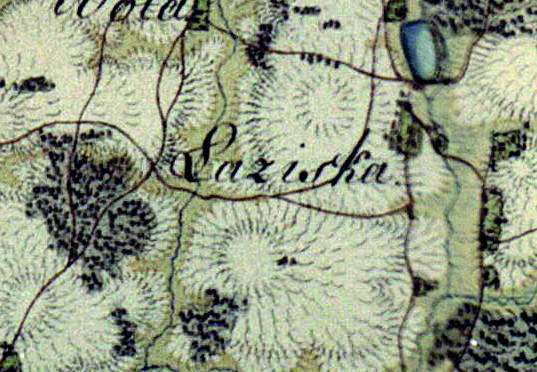 ​Łaziska is a small village which was founded at the so-called "Łazy" – old forest pathways, leading to glades with soil suitable for cultivation. The village takes its name from those trails.

Łaziska were mentioned in documents from the 17th century. 19th century documents state that there were 9 houses and 95 residents in the village at the time. In 1929, there were 19 households with 112 villagers.

Łaziska had belonged to the parish of Bogoria for several centuries. In the 1830s the village was property of Moszyński family. Later, under Nazi occupation, bentonite deposits were discovered in Łaziska. Bentonite is a mineral with various useful applications, used for example in foundry industry and in drilling operations as a water absorbent. Geological analysis has documented deposits of approximately one million tonnes of bentonite in Łaziska.