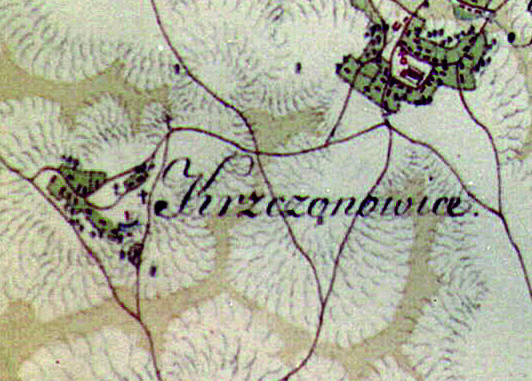 Krzczonowice is a village located in Świętokrzyskie Province, Staszowski County, Municipality of Staszów. It has a distinct name, pronouncing which is sure to provide foreign visitors with a challenge! Krzczonowice's history dates back to at least the 14th century, when it was first mentioned in written documents – as "Krzczonów" – in 1325. In 1827, there were 14 households and 60 residents living in the village. During World War II villagers were evicted by the Russian army, whose artillery battalion was garrisoned there. Remains of tank and artillery shelters can still be found in the nearby woods. Krzczonowice has its own Volunteer Fire Department – it was founded in 1962 and remains active to this day.