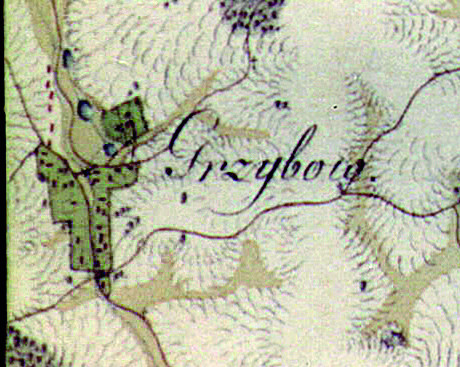 ​Grzybów has a rich history which is well known to local archaeologists. Megalithic tombs dated at 4500 years old were excavated here, along with a crematory cemetery from the Roman Empire period (1st-2nd century), where unique ancient breastpins were unearthed.

In modern times, Grzybów became known for implementing experimental methods of sulfur mining. In 1963 this project of sulfur exploitation – through means of underground melting – was inaugurated at the Grzybów-Gacki area. American experts of the time had stated that the project was futile and doomed to fail. Contrary to their assessment, on June 1st of 1966 the "yellow gold" of sulfur gushed from the Grzybów mines. It was a pivotal moment for the region and for the development of sulfur industry in Poland.

The mine's experimental nature served as a basis for developing rules of operations in subsequent mines: "Jeziórko", "Basznia", "Machów II", "Osiek". In the 70s, an initiative to establish rules for refining and processing sulfur was started, based on the data gathered during mining operations in Grzybów during the 60s.

When Grzybów's sulfur mines were expanded with a chemical plant, it prompted the company's name change – henceforth it has been known as Sulfur Mines and Chemical Plants "Siarkopol" in Grzybów. More than 80% of total sulfur and carbon disulfide obtained in Grzybów is being exported to other countries, in Europe and across the globe.

Grzybów is also home to a glassworks belonging to Tadeusz Wrześniak. Other than that, there are numerous other establishments in Grzybów employing local people, dealing in miscellaneous crafts.