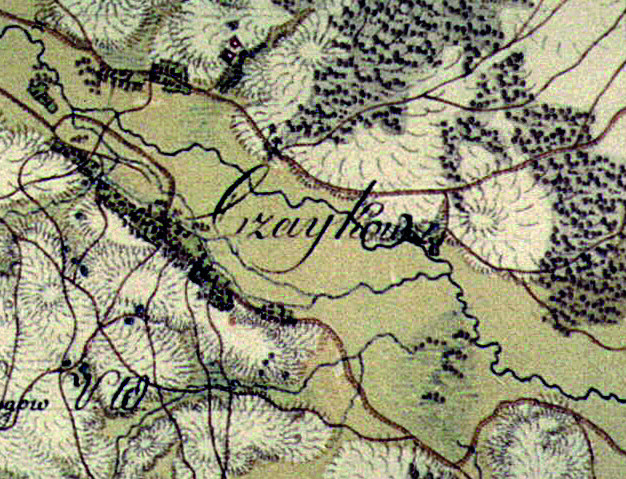 The name Czajków comes from "Czajka", who was the chief of the tribe that settled at Kacanka Valley in ancient times.

Czajków Północny (North Czajków) can be found in historic documents dating back as far as the 15th century – it used to be a royal hamlet belonging to the Sandomierz District (along with others hamlets: Smerdyna and Wiązownica). However, archeaological discoveries (ancient pottery items) have proven that prehistoric humans were living in the Czajków area as early as the Neolithic era.

After the Third Partition of Poland in 1795, Czajków was nationalized - first by Austria, then by Duchy of Warsaw. After Congress of Vienna in 1815 it became part of Congress Poland.

Czajków's geological characteristics have been quite important: sulfur was excavated here during World War I.

Under the Nazi occupation of 1939-1945 Czajków belonged to Radom district of General Governory. After Poland's liberation, the re-established Polish People's Republic's government restored the prewar administrative division, and Czajków returned to Sandomierz County.

The most interesting remaining architectural monument of Czajków is its chapel.