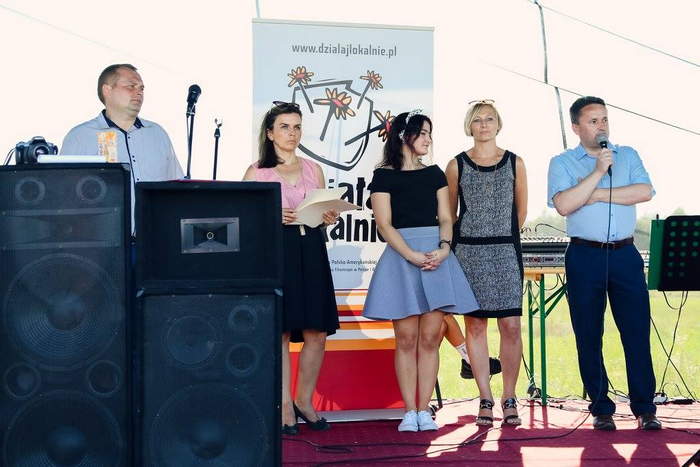 A ton of attractions awaited the participants of the second "WWPiknik", a "picnic" outdoors event in Wola Wiśniowska, which happened on August 28th. This year's picnic was under the patronage of Leszek Kopeć, Mayor of Town and Municipality of Staszów, and Michał Skotnicki, County Governor of Staszów.

The event started with a Singing Contest, which was also the inauguration of the "Local Olympics for Kids" project, created by "Aktywna Kraina" Society. Seven groups participated in this contest: "Iskierki" ("Little Sparks") from Staszów, "Kurołapki" ("Chicken-Catchers") from Kurozwęki, "Jutrzenianki" ("Auroras") from Wiązownica, "Szalone Agentki" ("Crazy Agents") from Staszów, "Zawodnicy z Łukawicy" ("The Łukawica Players"), "Gagatki" ("Rascals") from Wola Osowa and "Świetliki" ("Fireflies") from Czajków. The "Fireflies" displayed unmatched skill, according to Justyna Sekuła-Górska, a member of the contest's jury. The contestants from Czajków captivated the jury with their original songs and were awarded first place.

Afterwards, final matches of 2nd Volleyball Tournament for the Cup of Mayor of Town and Municipality of Staszów took place at the picnic. In the 3rd place match, LKS LIDER Wiśniowa defeated volleyball players from Wola Wiśniowska. During the grand finals, victory was once again achieved by the team of players from Niemścice and Ponik, who defeated the Wiśniowa Poduchowna team. The top teams received cups, medals and additional prizes directly from Mayor of Town and Municipality of Staszów, Leszek Kopeć, Deputy Mayor Ewa Kondek and President of Municipal People's Sports Team Association Roman Karaś, one of the contest's organizers.

During the volleyball tournament, "Rytm" vocal band of Staszów Culture Center started their performance: Eliza Tutak, Katarzyna Chodurek, Karolina Szeleś and Julia Pałka performed under the guidance of Beata Chodurek. The skilled singers gave a wonderful concert and brought a ton of joy to the picnic's audience.

During the entire event, children could play on a slide, take a ride on a merry-go-round, and were offered ice cream, funded by one of the event's sponsors. Furthermore, everyone had the opportunity to participate in a lottery, whose main prize was a brand new bike, painted in the color of cappuccino. In total, several dozen of lucky participants won some rewards in the lottery.

The greatest attraction of this year's WWPiknik was definitely the impressive hot-air balloon, which could be taken for a flight above the picnic grounds. The event concluded with a dancing party, which lasted till late evening. 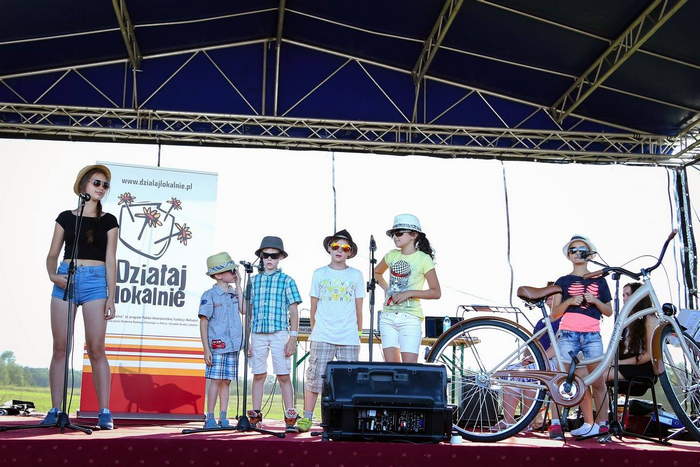 Performance of a group from Czajków Performance of a group from Kurozwęki 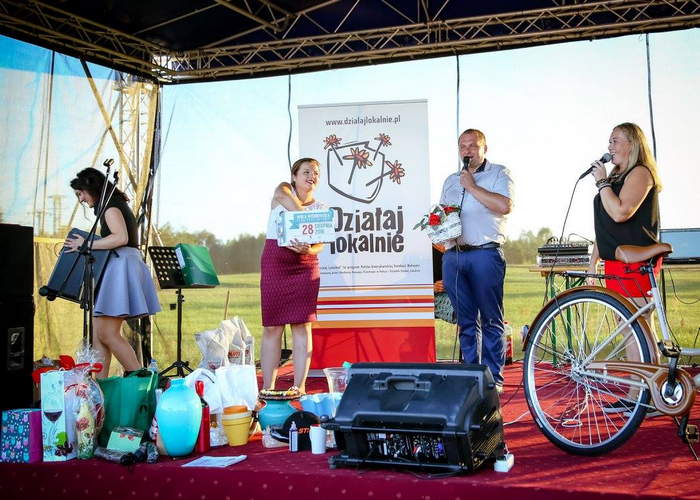 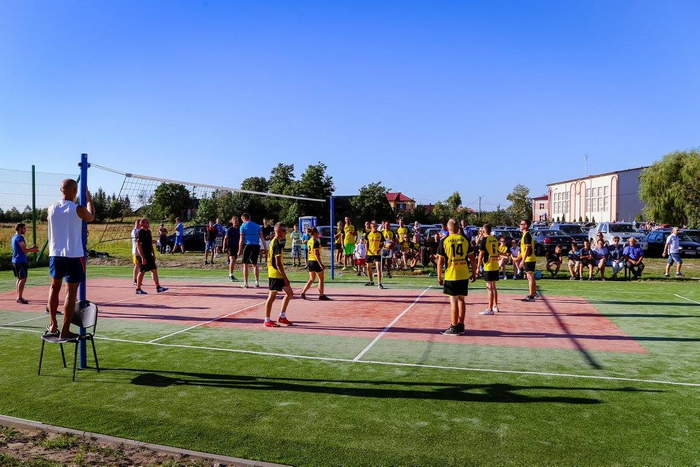 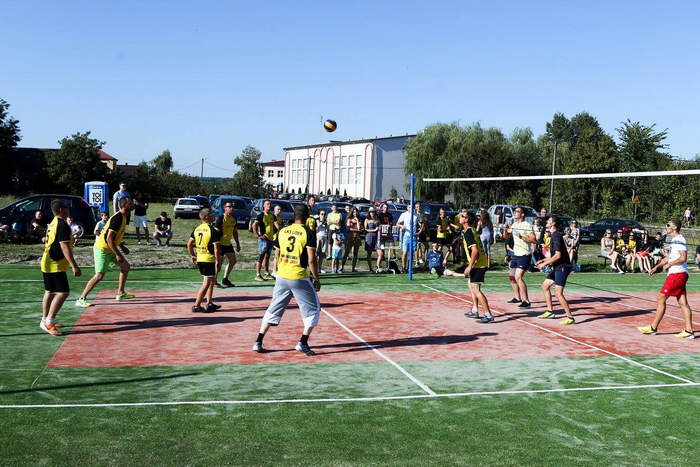 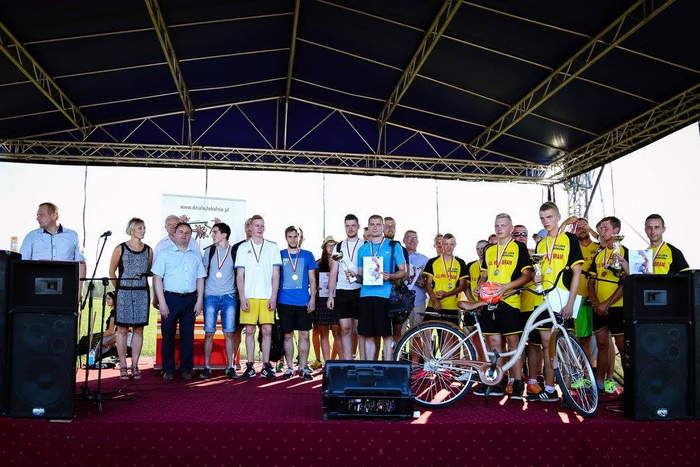 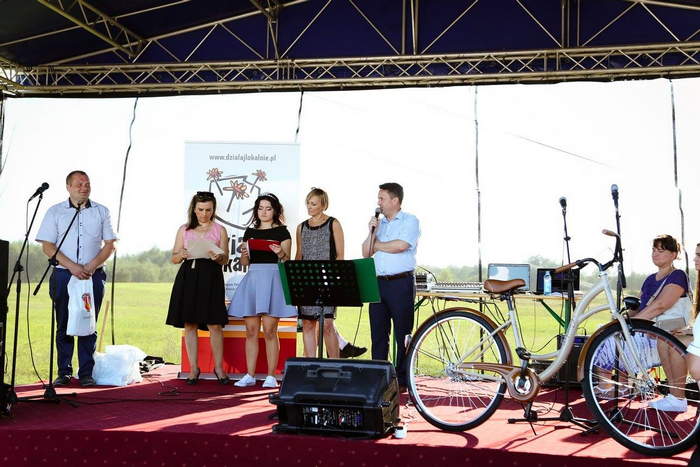 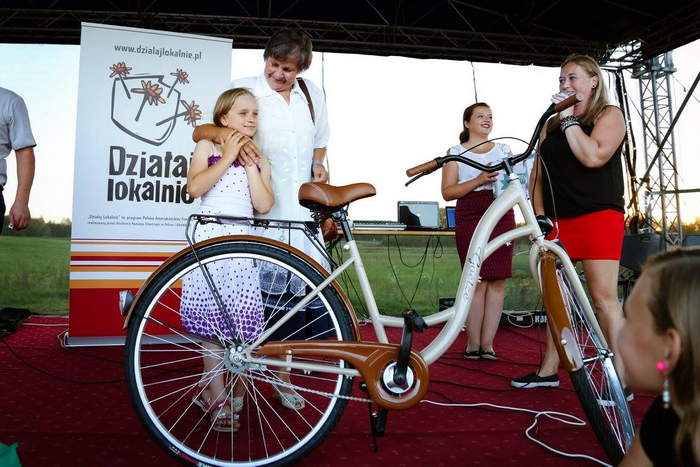 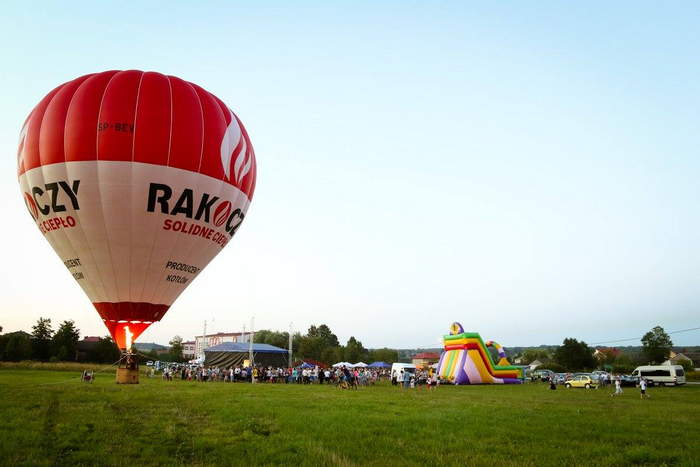