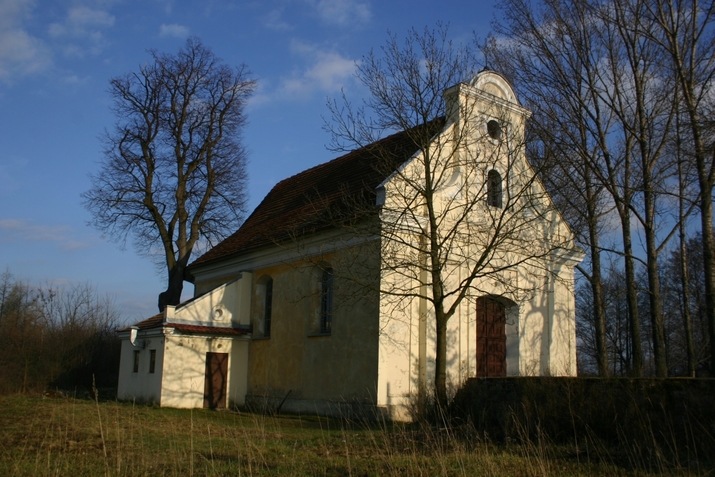 The history of Sielec is mostly connected to the local Evangelical-Reformed Church. Its tabernacle building has been serving as a chapel of the Roman-Catholic parish in Koniemłoty since 1980. The building stands about 100 meters away from the main road between Staszów and Stopnica.

The tabernacle was built at the end of the 18th century, replacing an earlier wooden building. Its nave is rectangular, the sanctuary is narrow and closed from all sides, with an octagonal exterior and a rounded interior. The tabernacle's roof is gabled.

There are two memorial plaques embedded into tabernacle's outer walls. One of those plaques is dedicated to Izabela Czartoryska-Lubomirska, the other one is dedicated to postmaster Ross; it is an interesting example of Polish epitaphic poetry.

Sielec became the Lesser Poland center of evengelical faith during the time of Czartoryski family rule. All of the most important local ceremonies were held here, including the 1777 union synod. Prosperity of evangelical faith in Staszów region was directly connected to large numbers of German craftsmen immigrants, who settled here thanks to the Czartoryski family and to Potocki, who helped German settlers start their lives in Oględów and Niemścice.