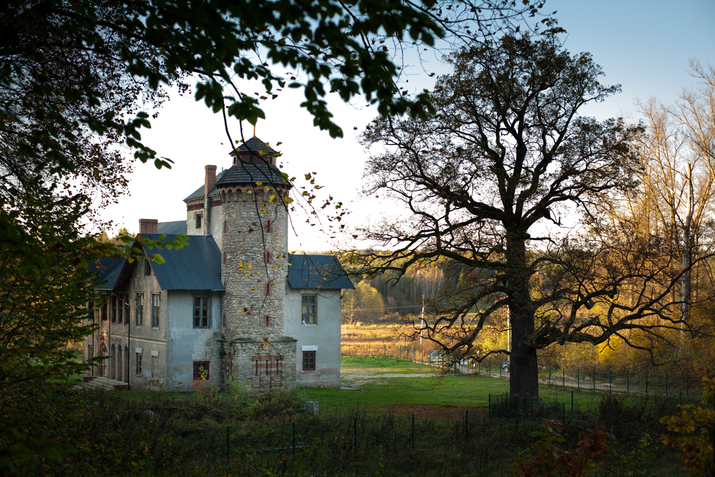 Wiązownica is a village located on the outskirts of the Municipality of Staszów. It is officially divided into three parts: Wiązownica Mała, Wiązownica Duża and Wiązownica Kolonia. First mentions of this village date back to the 13th century.

A true curiosity of Wiązownica Kolonia is the Dzięki Palace complex, built in the latter half of the 19th century by Vasily Pogodin. It is a building that is sure to leave a lasting impression. The palace is two-story, it has 26 rooms which cover a total of 700 square meters. Since 1918 there had also been a forester's lodge in the building. The palace is often described as eclectic, since each story has differently shaped windows and the entire building vastly changes its appearance depending on which angle it is viewed from.

The most interesting architectural element is definitely the palace's stairwell, built on the exterior, in the shape of a medieval tower. Inside the first floor parlor there are oriental doorframes, quite unusual and rarely-seen in the vicinity of Staszów. Another interesting place inside the palace is its side staircase with a very unique atmosphere.

Outside the Dzięki palace there is an impressive oak which is registered as a natural monument. There is also a separate cellar which once served as a storage for meat, and various other old outhouses.